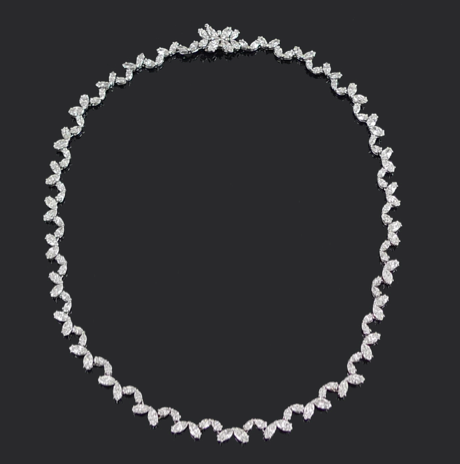 A stunning 18ct white gold and diamond necklace by Asprey of London was the star of Lincolnshire auction house, Batemans Auctioneer’s recent sale.

Set with one hundred and twenty-six exquisite marquise cut diamonds, it lit up the bidding, eventually selling on the phone to a private buyer for a dazzling £19,000.

Jewellery continued to perform well across the sale, with a diamond and sapphire studded Must de Cartier gold bangle achieving £3,400, while a late Victorian baroque shaped pearl and diamond brooch soared above its £100-£150 estimate to reach £1,650. 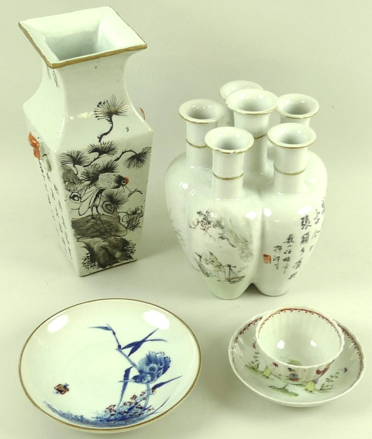 Elsewhere in the sale, a collection of Chinese ceramics was sold to an American buyer after quickly climbing above its estimate of £80-£120 when the hammer finally fell at £4,200. It was followed by two suspected Ming Dynasty pieces which similarly outperformed their estimates, selling for £751. 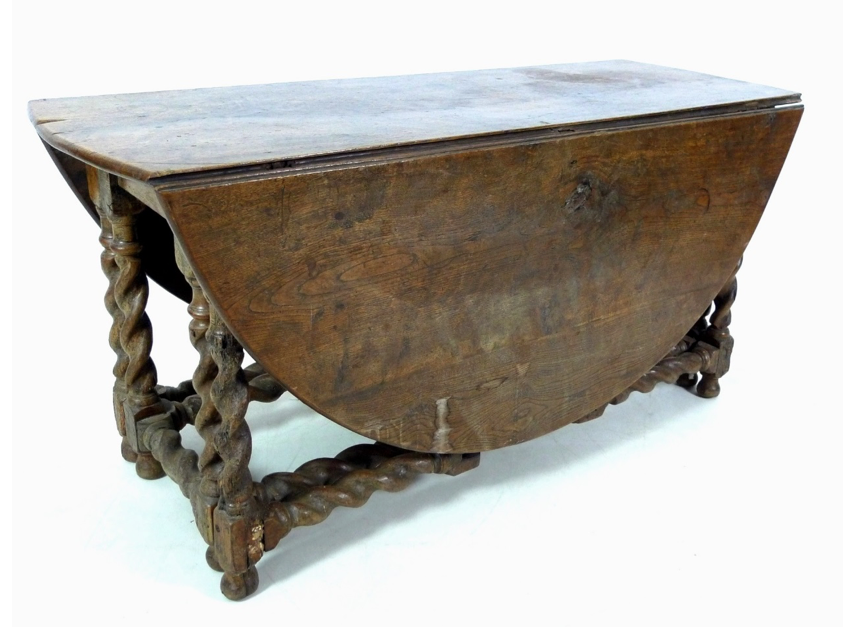 Antique brown furniture also was in demand, with an 18th-century drop-leaf oak dining table of single plank construction rising above its £300 to £500 estimate to finish at £1,900. Similarly, a large Victorian mahogany breakfront wardrobe, with fabulous flame mahogany front sold over estimate at £950, while a 19th-century walnut framed library bergere chair sold for £820, well over its estimate of £150-£200.