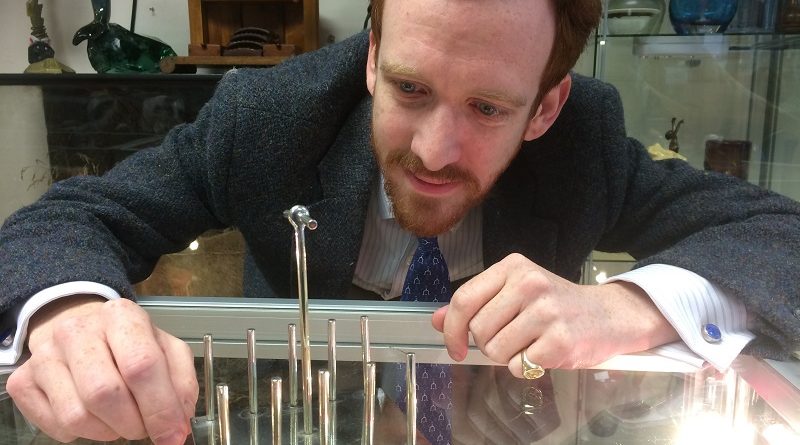 A rare and celebrated Christopher Dresser toast rack is set to go under the hammer at a Derbyshire auction house after it was brought in to a valuation day at Hansons Auctioneers. 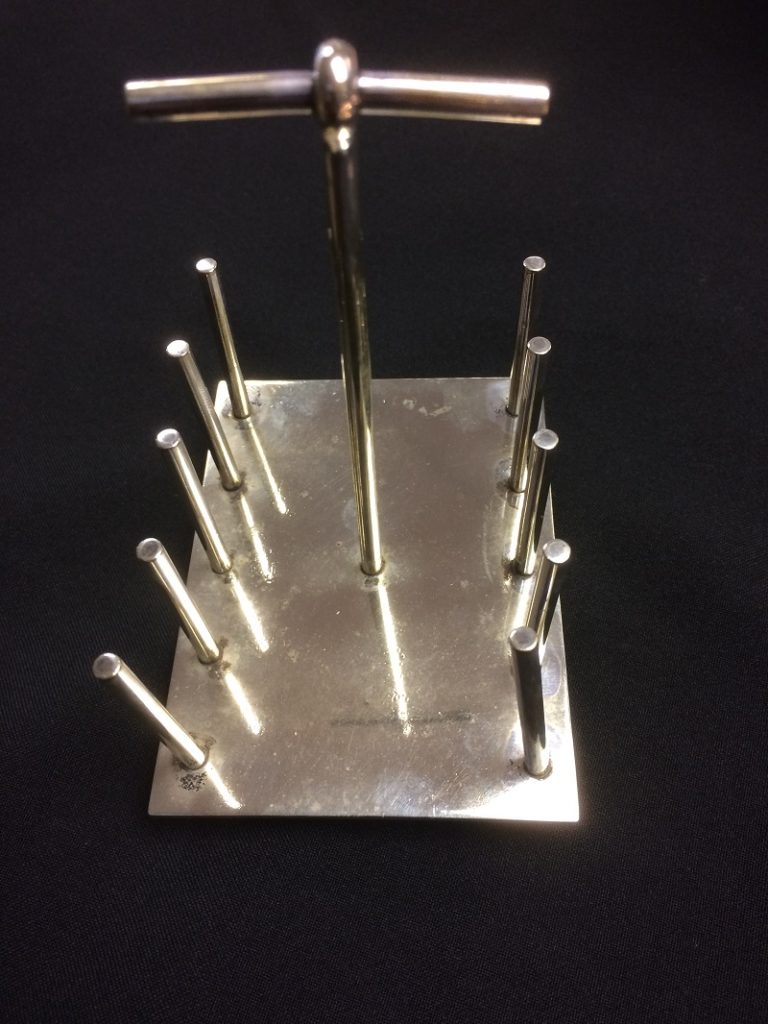 The toast rack was bought by the consignee’s parents as newlyweds over 80 years ago, when the contents of a Church of England vicarage in the Leicestershire village of Whitwick were auctioned.

The Christopher Dresser toast rack, first design by Hukin and Heath in 1878, is recognised as a design classic, fusing together the clean lines of industrial design based on form and function.

It is an original 1878 design and is embossed on the back with the words ‘Designed by Dr C Dresser’, which should add to its value.

Christopher Dresser was born in Glasgow in 1834 and died in 1904 and yet, more than a century after his death, his work is still inspirational thanks to the simplicity and cleanliness of his designs.

In the Victorian era, items such as Dresser’s toast rack were produced for the forward-thinking Bohemian elite. He also designed ceramics, textiles and glass with the influence of Japanese aesthetics, known as the Aesthetics Movement.

Decorative arts specialist John Keightley at Auctioneers said, “I have put a modest estimate of £200-£400 on it as there is some slight damage but it could fetch far more thanks to its rarity and pedigree.”

The seller, who wishes to remain anonymous, said that their parents had no idea the toast rack was potentially valuable. “When we acquired it, we didn’t at first. We used it a few times bit it’s a bit wobbly and the toast fell out, so we put it away in a box. Later, we heard the name Christopher Dresser crop up on antiques programmes on TV and realised it could be something special.”

The sale takes place on June 19.

One thought on “Christopher Dresser toast rack in sale”