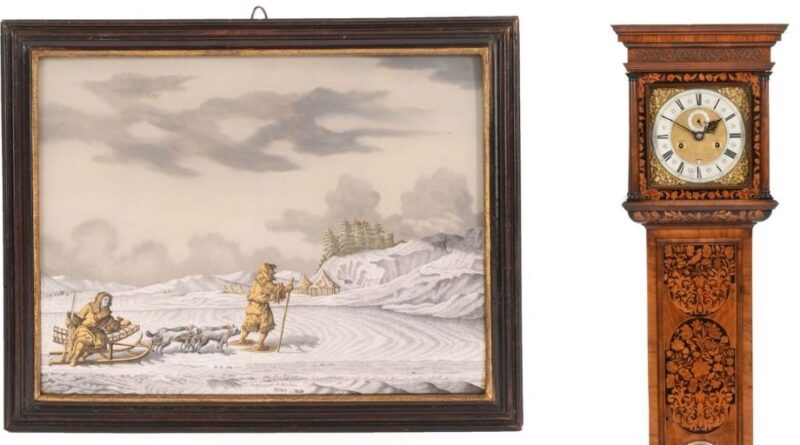 A pair of rare Verre Eglomisé pictures is to be sold at a North Yorkshire auctioneers next month.

Made by Jonas Zeuner in 1786, the pictures depict a townscape with a frozen river and figures skating and sledging, and an ice-bound landscape with fur-clad figures, a dog sled and bears. The pair has an estimate of £6,000-£8,000 in Tennants Auctioneers‘ Autumn fine sale on November 14.

Verre Eglomisé is an ancient technique in which gold and silver leaf were applied to the reverse of glass, which was then engraved to create a detailed design; sometimes paint was added to give colour and depth. 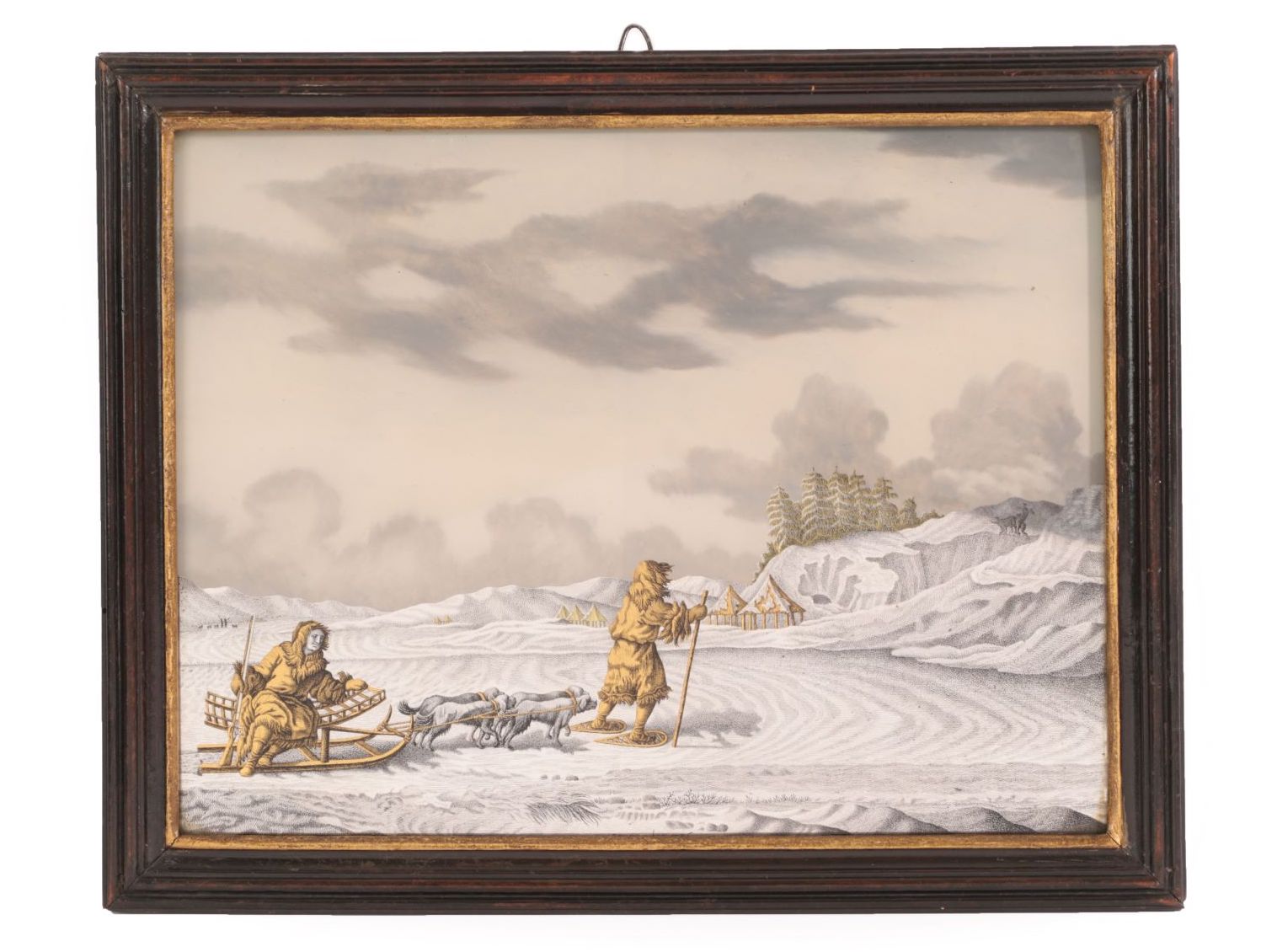 German-born Jonas Zeuner (1722-1814) is regarded as one of its foremost practitioners, mostly depicting views around his home in Amsterdam, as well as Haarlem, Groningen and Utrecht or canals and country houses. Winter scenes appear rarely in his oeuvre, but he was perhaps inspired to create these works by the exceptionally cold winters of 1785 and 1786. Arctic scenes appear to be much scarcer.

Elsewhere in the sale, a Façon de Venise opal glass goblet, probably made in the late 16th Century, is to be offered with an estimate of £500-700. The hollow stem of the glass is moulded with two lion masks and florets hung with swags; similar examples are held in the Veste Coburg Art Collection in Germany.

Also of interest is apair of limewood figural candlesticks, by the Circle of Tilman Riemenschneider, circa 1460-1531. Modelled as kneeling attendants in flowing robes bearing the candleholders, the carvings are estimated at £2,000-3,000.

A good offering of furniture is headed by an impressive George III Mahogany library breakfront bookcase, labelled George Allen, a furniture maker operating out of Fenchurch Street, London. It is estimated at £6,000-8,000.

A Swedish kingwood and fruitwood crossbanded and parquetry decorated bombé shaped commode made circa 1750 in the Louis XV style is offered with an estimate of £6,000-8,000.

With provenance from Delamere House, Cheshire, which was demolished after the Second World War, is a pair of Regency Mahogany Uxbridge library reading chairs, possibly by Gillows, estimated at £5,000-7,000. The chairs, which have reeded frames, are of a style formerly described by Gillows as ‘Ashburnham chairs’; however, by 1807 they were referred to as Uxbridge chairs, named after one supplied to Henry Bayly, 1st Earl of Uxbridge. 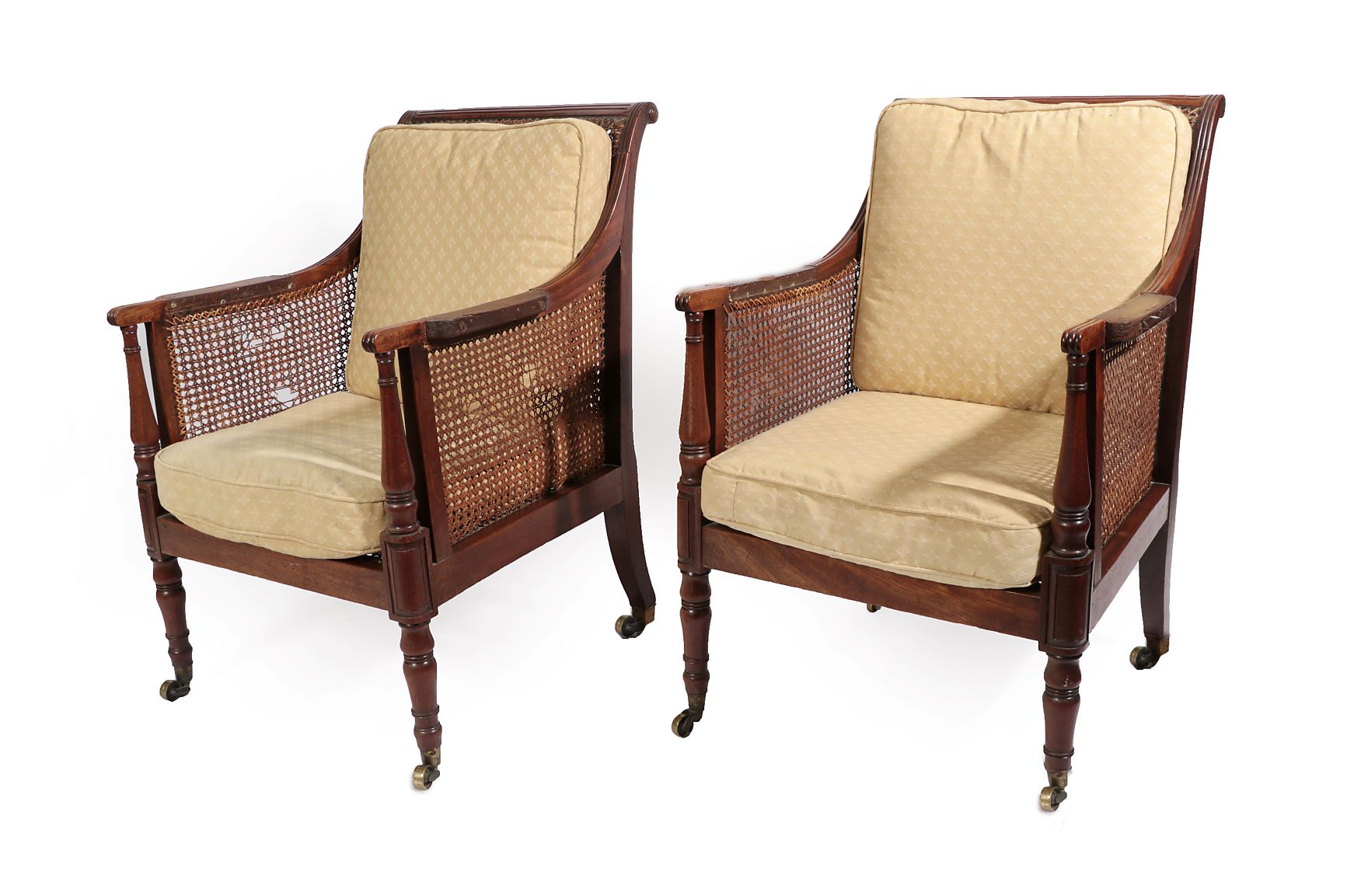 Among a good selection of clocks and chronometers are a circa 1760 George III striking table clock signed NathL Style, London, estimated at £2,000-3,000; an unusual 19th-century mahogany night watchman’s wall timepiece, estimated at £700-900), and a circa 1860 rosewood two-day marine chronometer, signed T.J. Williams, Cardiff, with an estimate of £800-1,200.