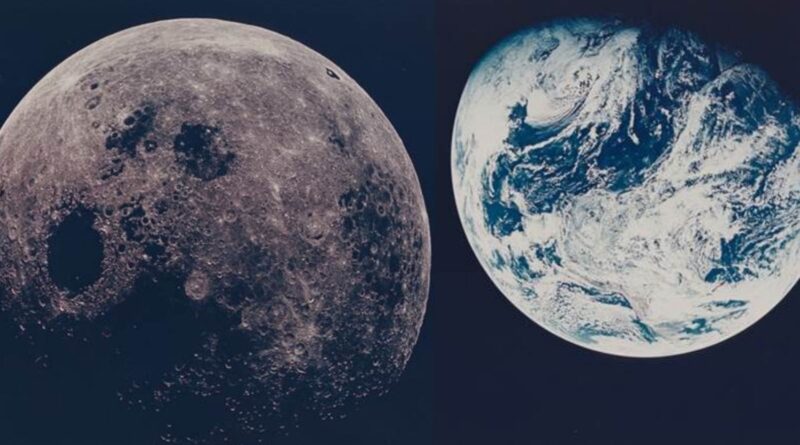 An exciting sale of Space Exploration Photography and Ephemera launches on March 17 at Dreweatts auctioneers, with more than 600 photographs chronicling the history of humankind’s exploration of space, from early expeditions, to some of the latter trips of the 1990s.

Many of the photographs capture historic moments, such as the first humans in space, the first spacewalk and the first moon landing. Commenting on the works in the sale, Ania Hanrahan, Dreweatts Autographs and Ephemera specialist, said: “These iconic images are sure to draw interest from around the globe, from historians, space and photography aficionados, private collectors and those wanting to obtain a true piece of history”.

Among the highlights is the first still photograph of a human in space, which is a vintage chromogenic print of American astronaut Ed White during the first U.S. spacewalk. The image shows him taking his historic 23 minute space walk on June 3, 1965, attached to the Gemini 4 spacecraft by a 7.6 metre tether line.

As well as being the first still photograph of a human in space, the shot is also the first taken by another human (James McDivitt), as up until that moment all images released, were taken by television or monitoring cameras. This photograph, estimated to fetch £1,000-£2,000 is the first in a series of photographs taken by McDivitt of Ed White, during the first US spacewalk, several of which are included in the sale.

Another momentous image is the world’s first image of the earth rising above the moon’s horizon, captured and sent back by Lunar Orbiter 1, the first U.S. robotic spacecraft to orbit the moon. The famous image, titled Earthrise was taken on August 23, 1966 Each of the five orbiters subsequently sent 200 photographs, which helped NASA select safe landing sites for the Apollo missions. It is estimated to fetch £800-£1,200.

NASA astronaut William Anders illuminated the world (quite literally) on Apollo Mission 8, when he took the first ever photograph by a human from beyond the earth’s orbit. The photograph featured on the cover of Time Magazine in January 10, 1969 and became one of the 20th-century’s most iconic space images. During the Apollo 8 mission the earth appeared as a ‘disc’, which is what Anders captured on December 21, 1968 at 13:06 GMT. Commenting on this Anders said: “We came all the way to see the moon and the most important thing is that we discovered the earth”. The photograph is estimated to fetch £2,000-£4,000 at auction.

Also on the Apollo 8 mission a near-full moon was captured in all of its’ glory during the crew’s homeward journey. Just after the trans-earth injection the crew were afforded the opportunity to view different aspects of the moon never visible to terrestrial viewers. This astonishing image is estimated to fetch £1,000-£2,000.

One of the most prized and highly sought-after images in history is the Apollo 8 ‘Earthrise’ image, which shows the earth rising above the lunar horizon. Taken by William Anders on December 24, 1968, it is the most famous view of planet earth and is the first photograph of ‘earthrise’ taken by human hand. It was the view observed by the Apollo 8 crew during the fourth orbit of the moon. It has been given an estimate of £3,000-£5,000 but due to its’ popularity may well exceed this.

Elsewhere in the sale is a vintage photograph of Buzz Aldrin, taken by fellow astronaut Neil Armstrong. The photograph taken in 1972, is one of the most iconic images from the Apollo 11 mission. The reflection of Armstrong in this image makes it exceptionally rare. It was so breath-taking that it featured on the front cover of Time Magazine. It is estimated to fetch £2,000-£3,000.